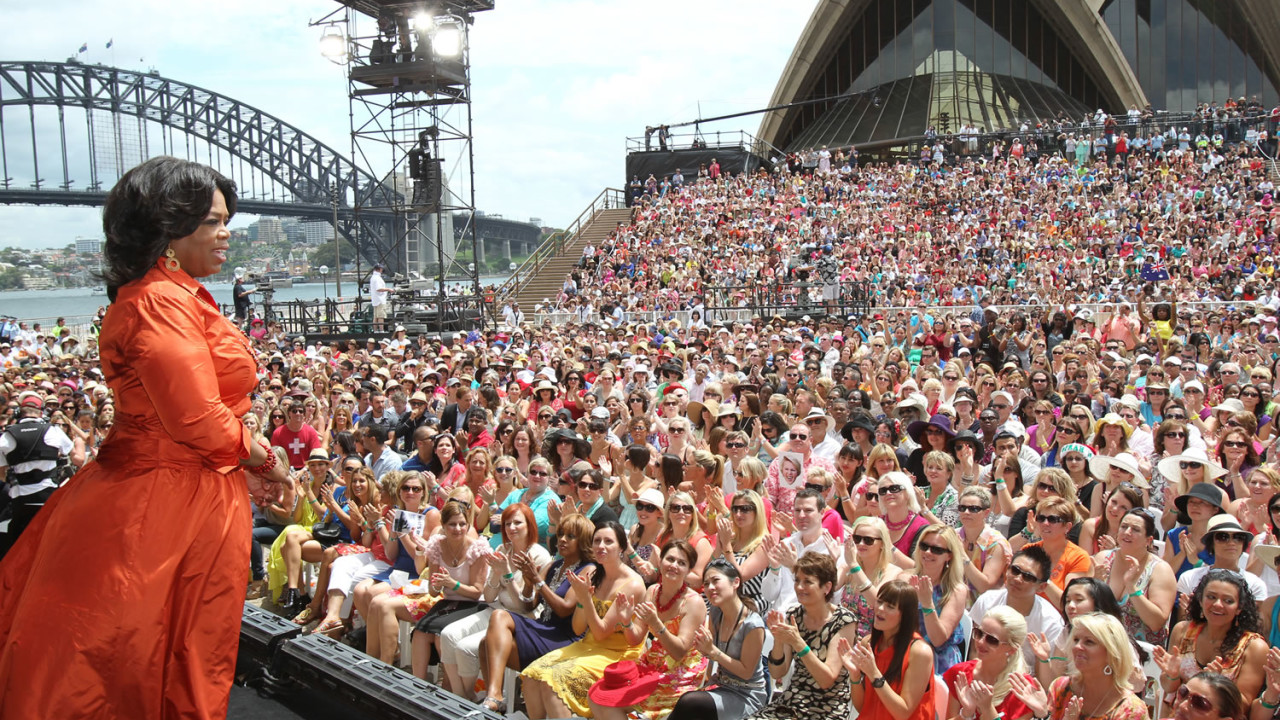 Remember the buzz when Oprah came to Australia In 2010? The Opera House, the big O on the Harbour Bridge. Sheri Salata gives the inside story of this whirlwind tour and what it was like working on the most famous show on earth. Just as Sheri Salata has taken the reins of her life to reinvent herself, Louise looks at regrets in people’s lives

According to the experts, it is the things that you DON’T DO which lead to soul-crushing regrets.

What are you NOT doing in your quest for comfort, safety and control? What opportunities are you not taking up? In 2010 Oprah Winfrey came to Australia.

The Sydney Harbour Bridge had an enormous “O” placed on it in Oprah’s honour.

Australian celebrities joined Oprah at the Opera House for the filming of live shows.

Hugh Jackman flew down a zip line from the top of the Opera House sails to drop onto Oprah’s stage.

The organiser, the planner of this whole trip was Sher Salata Oprah’s Executive Producer and Sheri shares in this interview just how much she loved Australia and our generosity.

She also talks about the single-mindedness necessary to do her job at The Oprah Winfrey show and how it meant she didn’t have space for a relationship in her life.

Until now… where she has made room for her feminine energy to find love as she increases the amount of her own self-love.

Sheri shows that whether you are a share trader, Executive Producer or any person in the second half of their lives proves what the courage of reinvention brings and that it is never too late.

Sheri’s hilarious, touching, inspirational book The Beautiful NO is on sale now. It is what I am giving all my girlfriends.