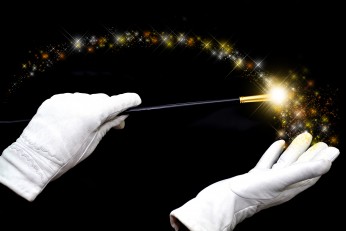 Stock Market Wizard, Mark D Cook, is this week’s guest on Talking Trading. From a small country town of 1000 people in Ohio, Mark became one of the most famous traders in the world. Hear how an outgoing farmer became a share trader, the details of that famous Options story which put him into negative net worth, how he developed the Cook Cumulative Indicator and why he entered the US Investing Championship. Get ready for the extrovert from Ohio and why he says:  There is always an opportunity to make money in the market. His job is to find that opportunity. Mark D Cook became a trader because of a cow…

Elsie the Cow secured him his first job in the markets and started his life long love affair. ‘It has been the best career I ever could have had.’ Mark said. ‘I have made more money trading than in any other profession.’

But at one stage Mark almost lost it all.

In 1982 he sold naked option calls and got caught in the manipulation of a squeeze.  He lost all of his and some of his mother’s money and went into serious negative net worth.

He was devastated….he almost quit….

But when he told his mother ‘We have lost a lot of money Mum’ her response was simply to say, ‘Oh thank goodness I thought you had cancer. How soon will you be able to get this money back?’

Within 5 years Mark Cook was a millionaire.

In his determination to make back the money he lost Mark worked around the clock studying the internals of the market. Since then he has been impeccable, disciplined and religious about risk management.

Mark loves all aspects of the market, he loves looking at different viewpoints of the market and he keeps a daily diary of market movements. He looks for facts about the markets not opinions. ‘Lose your opinions not your money.’ He preaches to his students.

In his study Mark worked on the Cook Cumulative Indicator to show price movements overlaid on volume and time. It is what he credits made him a million dollar trader.

To satisfy his competitive edge in 1991 Mark entered the US Investing Championship against other stock Market Wizards. He came first with a blistering return of 564%. Since then he has been on the map as one of the most successful share traders. His credo is ‘If I trade I will make money.’

Hear part 1 of his interview on Talking Trading this episode.